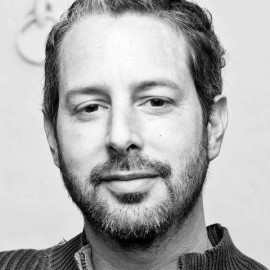 This month Merlin's Diary Podcast hosts Barry Durdant-Hollamby and Neil del Strother have the pleasure of interviewing Jamie Catto, a man described by Stephen Fry as ' kind, wise, open, boundlessly energetic, optimistic and passionate'. Jamie has been on our 'target list' for a while so we were delighted when he agreed to come on the show.

Jamie describes himself as a 'Creative catalyst, a musician, and a mischief maker'. We'd say he's all that and more...

A founding member of Faithless, Jamie was also the inspiration behind the double Grammy nominated '1 Giant Leap' music films (if you haven't seen them then do!) - a project in which he has found himself exploring life, philosophy and music with some of the worlds leading movers and shakers including Eckhardt Tolle, Noam Chomsky, Ram Dass, Michael Stipe, Dennis Hopper, Bono, Stephen Fry, Neale Donald Walsch, Marianne Williamson, Bob Geldof and many many more!

In this fascinating interview Jamie shares his personal story, and talks about the difficult events and inspiring people that have helped him to become the man he is today.

Jamie runs regular workshops around the UK and you can find out all you need to know at www.jamiecatto.com
Posted by barrydh at 08:21